Grace, Grieving, & Gratitude (On Hurricane Matthew and the One Leper) 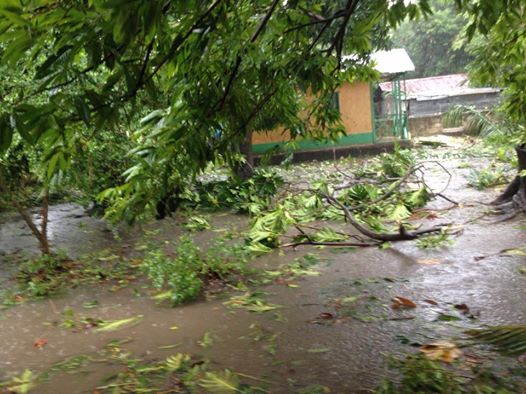 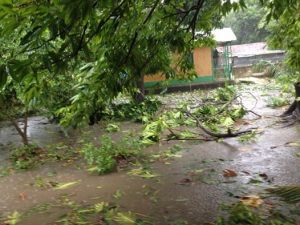 It’s a strange experience when a storm passes in life.

If spared, we sigh with relief when we go out the front door after Hurricane Matthew’s winds die down, or come back into town from evacuating to see that the full brunt narrowly missed our town. After this storm at least, we look around and see branches down, but life and homes still standing. Of course we feel happy and a sense of God’s provision since it feels like an undeserved grace. A seven-year-old girl in one of our church families had been absorbing the fear and tension all around in the days leading up to the storm, like everyone was. The tipping point was being stunned to see the grocery store had sold out of bread before the hurricane. When they returned home Friday night after evacuating, she broke out into a spontaneous prayer thanking God that they were safe, that their home was safe.

Most of us here probably breathed similar prayers of thanks. Yet at the same time as we felt lighter with joyful relief, our next breath was to still felt heavy for others who at the very same moment were feeling fear and loss. Fear for those still in the path of the pounding storm. Loss for people, like in Haiti, who were dealing with the aftermath.

The official death toll in Haiti is now over 800 people. Some towns in the southern part of Haiti, it’s reported, are 80% destroyed. And what must those worst hours of the storm felt like for them?

I live with my family in a safe protected house, with hurricane shutters and a good roof and walls. Yet still we were enough concerned that we took our kids 60 miles inland for the night.

I’m glad we could do that, but as we did I kept thinking about families who had been huddled in southern Haiti in a small tin-roof houses. They’d been warned by radio, but what could prepare mom, dad, kids, and grandma huddled in the house, in what was left of the house, as the winds destroyed what was in its path. Winds roaring over a hundred miles an hour with so little to protect them.
It must have felt like the world was ending. For too many people the world did end. For so many others, they’ve already entered the slow unrelenting grind of trying to rebuild their world from almost nothing with almost nothing. We grieve, wrung dry of tears.

Right now good, large organizations like Partners in Health rushing to help in Haiti’s most devastated areas. Our organization, Haiti Partners, doesn’t work in the south of the country, which was struck hardest. People we work with lost trees and crops, and a few lost family homes. (The family we lived with in Haiti sent us the above photo of their yard/garden underwater toward the end of the storm.) For many more, they missed the brunt of the hurricane but suffered a bad storm when life is already vulnerable to poverty day after day. One reason for our long-term education work with schools and churches in Haiti is so that in the long run people aren’t so vulnerable in disasters like this.

Our gospel story from Luke this morning is about Jesus healing ten lepers, though only one came back to fall at his feet and say thanks. It’s always a touching story of healing, that then ends with an inspiring/convicting twist.

This man with leprosy was in the storm of his disease, then Jesus suddenly made it pass. His vulnerability to losing more and more, day after day, through no fault of his own, had been healed. He was spared. For those of us here in church, it doesn’t take much to imagine what might have been, had the storm veered 30 miles further east, and to realize we were spared, this time, from our vulnerability.

Relating to part of the leper’s story is pretty easy today: the running back to Jesus to give thanks. We’re thankful and relieved. I want to run back to Jesus and tell him that.

But the gratitude of being spared can’t stop there. Stopping there, well, would mean stagnating into myopic self-indulgence. Gratitude that comes from healing (or from sparing) is always then an invitation to deepen in our empathy and love. The gratitude I feel propels me toward action with and for my neighbors.

During the past few days we’ve seen many people doing this in town. Neighbors are helping others who can’t clean up their own yards and offering refuge to people who still don’t have power. And people are also reaching out to help far away neighbors in Haiti who have now been dealt this blow.

Yes, it’s a strange experience when a storm passes in life. But it’s also a gift that carries with it a responsibility.

We cried out, “Lord, have mercy.” And then, like one of the lepers and the little seven-year-old girl coming back into town, we get to respond by running back and falling at the Lord’s feet to say thank you. Then when we stand back up, our gratitude should compel us to be an extension of God’s mercy to others who weren’t spared by this storm, or who are vulnerable to the next one. This, I think, is the love-your-neighbor part of what Jesus is saying in his last words to the leper, “Get up and go on your way; your faith has made you well.”