I Saw Jesus Lying on a Street Bench 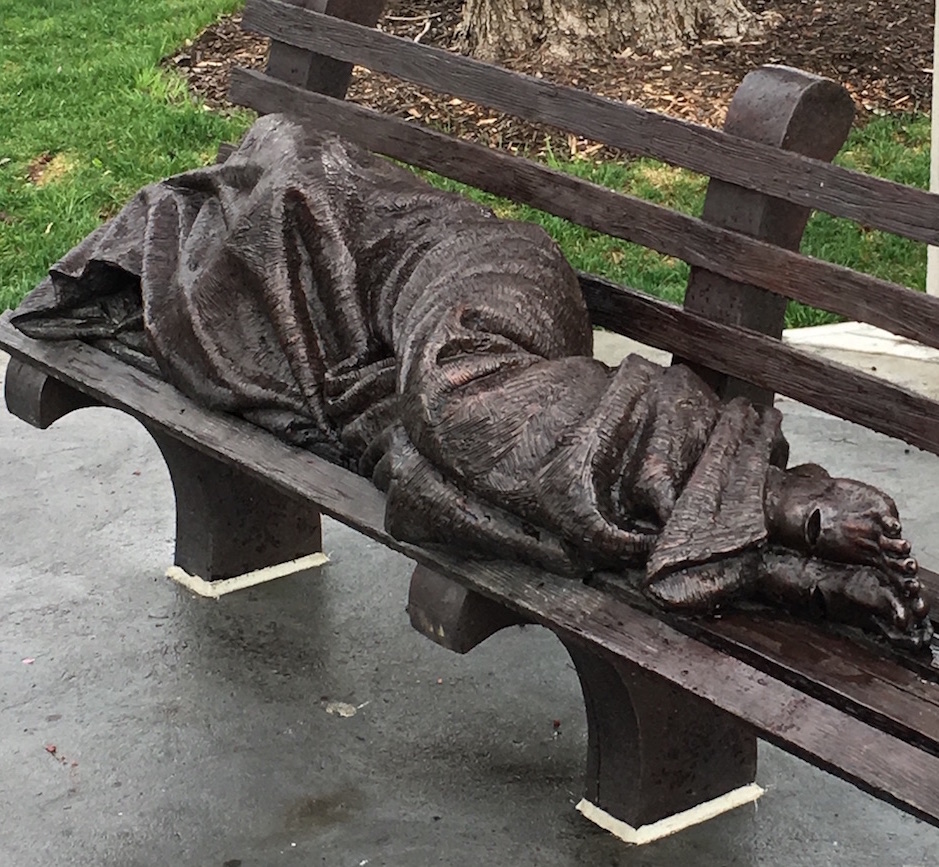 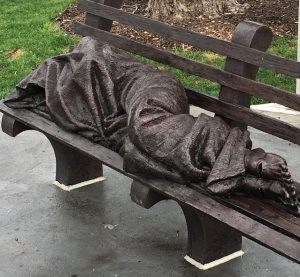 I heard Jesus was lying on a bench out on the streets in downtown Hamilton, Ontario. People had called the police. So I wanted to go see him.

I was in Hamilton for my first trip to launch my new book. These trips are always a gift, and I have many of them planned over the next six months, but they can also become a bit of a blur as they melt together in the rearview mirror. To be sure I’m paying Attention (my book’s first practice), I’ll blog more in the days and months ahead. Jesus causing a scene downtown is a good reason to pay attention.

I’d come to Hamilton because my friend of 22 years, Greg Reader, lives and works there. We’d first met when I was working with a refugee ministry in Europe. He now lives in Hamilton and has been part of a “common good” movement in the city, connecting with many local Christians and working with all sectors to make the city (population about half a million) a better place.

I loved seeing the city he loves for 24 hours through his eyes. In a good way, his enthusiasm made me wonder if I was paying attention to and loving my own town as much as I should.

Part of what is happening in Hamilton is a movement of creative Christians working for the renewal of their city including through coffee shops (like 541 where we did the book launch), an art gallery, churches, a spiritual direction center, and donuts (with tequila and so very yummy). Some of these projects, like the churches of course, are explicitly Christian. Many of them are just woven into the fabric of the city. They’re living out the gospel in their vocations.

One stop we made was to see “Homeless Jesus” – a striking statue in front of St. Patrick’s Church. A middle-aged couple was finishing their prayers as part of an ongoing vigil at the statue, as another family with two young children prepared to take over and continue the prayers. Jesus was stretched out on a bench. Cold. Wet. Huddling under a blanket. People have called the police to report a homeless person sleeping there. They probably thought he drank too much tequila (sorry, tequila still on my mind after that donut). That’s what it looks like.

But it’s…Jesus. Calling our attention to how God is present. Reminding us how we should love and think about both the common good and the individual needs in our cities. Reminding us to pay Attention.

Jesus there on the bench. Two thousand years later still inviting us to pay close Attention to our neighbors, inviting us to awaken to justice and focus on how we can help each other, especially paying attention to those who are most vulnerable.